A former Pakistani ambassador says recent trip of President Hassan Rouhani to Switzerland and Austria is a positive development with an aim to engage in a serious dialogue with the European Union on the issue of JCPOA.
News ID: 71099 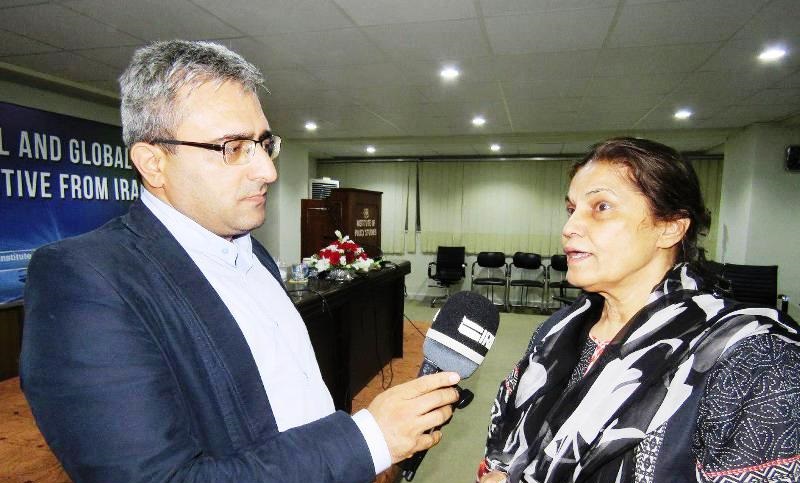 TEHRAN (Defapress)- Fauzia Nasreen, former Pakistan ambassador to Poland and Nepal, said that Austria currently holds the rotating presidency of the EU and at Vienna the world witnessed the signing of the JCPOA.

Before his departure for Switzerland, the Iranian president urged Europe to stand against the US unilateralism following Washington's withdrawal from the JCPOA.

Fauzia Nasreen added that since the EU member countries most importantly France, Germany and Britain are deeply interested in preventing JCPOA’s collapse, their dialogue with Iran is of critical importance.

“The outcome will have far reaching implications for political, economic and commercial relations between the two sides. All sides are cognizant that their future ties and the contours of cooperation hinge on all sides reaching a satisfactory understanding on the issues confronting them,” noted the former ambassador.

The analyst added that another objective of President Rouhani’s visit to Europe was to connect with an important interlocutor in the context of Iran-US diplomatic relations and communication between the two sides.

To a question the diplomat said energy security has critical priority for the EU and the member countries. “The traditional sources of oil supplies to Europe seem to be in a state of flux given the changing dynamics of oil producing regions,” she said.

Fauzia Nasreen went on to say that although use of alternate sources of energy such as renewable and green energy has gained momentum especially in the European countries, dependency on fossil fuels has continued.

She said as a quid pro quo there are huge opportunities for them to develop win-win cooperation in building the infrastructure in oil and gas sectors. “All countries strive to safeguard and promote their own interests. Economic well-being quite often outweighs the political considerations,” the diplomat said.

Former ambassador expressing her views said it is difficult to say which way the wind would blow as far as the future of the JCPOA is concerned.

“Presently it seems that in the EU’s perspective salvaging the JCPOA is crucially important even in the context of regional and global stability. The other partners such as Russia, China and the UN seem to be aligned on this point,” she noted.

The expert said opinions within IAEA and verification of their experts on Iran fulfilling its obligations under the JCPOA will also carry weight in determining the EU policy.

“There could be a possibility of each side allaying their mutual concerns and in developing an understanding that could form the basis of continued cooperation and consolidation of ties,” she viewed.