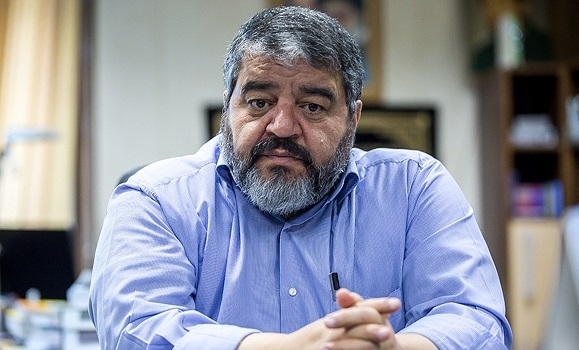 TEHRAN (Defapress)- "The Americans are using Monafeqin (Hypocrates as MKO members are called in Iran) as a platform for their measures (against Iran) and they have forced all opposition and anti-revolutionary forces to cooperate with them," General Jalali said on Saturday.

He added that the MKO evacuated its terrorists from Iraq and then requested help from Saudi Arabia, noting that "their forces and equipment are deployed in Albania and they have close ties with the Americans".

The MKO, founded in the 1960s, blended elements of Islamism and Stalinism and participated in the overthrow of the US-backed Shah of Iran in 1979. Ahead of the revolution, the MKO conducted attacks and assassinations against both Iranian and western targets.

The group started assassination of the citizens and officials after the revolution in a bid to take control of the newly-established Islamic Republic. It killed several of Iran's new leaders in the early years after the revolution, including the then President, Mohammad Ali Rajayee, Prime Minister, Mohammad Javad Bahonar and the Judiciary Chief, Mohammad Hossein Beheshti who were killed in bomb attacks by the MKO members in 1981.

The group fled to Iraq in 1986, where it was protected by Saddam Hussein and where it helped the Iraqi dictator suppress Shiite and Kurd uprisings in the country.

Since the 2003 US invasion of Iraq, the group, which now adheres to a pro-free-market philosophy, has been strongly backed by neo-conservatives in the United States, who argued for the MKO to be taken off the US terror list.

The US formally removed the MKO from its list of terror organizations in September 2012, one week after Secretary of State Hillary Clinton sent the US Congress a classified communication about the move. The decision made by Clinton enabled the group to have its assets under the US jurisdiction unfrozen and do business with the American entities, the State Department said in a statement at the time.

In September 2012, the last groups of the MKO terrorists left Camp Ashraf, their main training center in Iraq's Diyala province. They have been transferred to Camp Liberty. Hundreds of the MKO terrorists have now been sent to Europe, where their names were taken off the blacklist even two years before the US.

The MKO has assassinated over 12,000 Iranians in the last 4 decades. The terrorist group had even killed large numbers of Americans and Europeans in several terror attacks before the 1979 Islamic Revolution.

Some 17,000 Iranians have lost their lives in terror attacks in the 35 years after the Revolution.

Rumors were confirmed in September 2016 about the death of MKO ringleader, Massoud Rajavi, as a former top Saudi intelligence official disclosed in a gaffe during an address to his followers.

Rajavi's death was revealed after Turki al-Faisal who was attending the MKO annual gathering in Paris made a gaffe and spoke of the terrorist group's ringleader as the "late Rajavi" twice.

Faced with Faisal's surprising gaffe, Rajavi's wife, Maryam, changed her happy face with a complaining gesture and cued the interpreter to be watchful of translation words and exclude the gaffe from the Persian translation.

After the Islamic Revolution in Iran in 1979, the MKO was exiled first to Iraq and then to Albania. Albania houses 3,000 MKO members.

Since last year, a slew of US politicians have visited the MKO in Albania, often without any public announcement, or under cover of meeting some Albanian politicians. These include former FBI director Louis J. Freeh, US Senator John McCain (who addressed a MKO conference), and a delegation of US Senators Thom Tillis, Roy Blunt, and John Cornyn.

A few months later, US Congressman Ted Poe introduced a bill in the House of Representatives calling upon the government of Iraq “to compensate the former residents of Camp Ashraf (the former MKO camp) for their assets seized by groups affiliated with the Government of Iraq.”

Media reports said last month that US National Security Adviser John Bolton received $40,000 to participate and address the audience in a gathering of the MKO terrorist group in Paris in July 2017.

According to documents released by al-Monitor news website, the US Public Financial Disclosure Report in January 2018 for Bolton indicated that he has received $40,000 from the MKO as speaking fee in Paris gathering.

The date of speaking is July 1, 2017, and the event was titled 'Globe Events--European Iranian Events'.

Bolton had in the same date attended the MKO gathering in Paris, stressing during his address that the Islamic Republic should not be allowed to celebrate the 40th anniversary of Revolution in Iran.

During his address, he said that new US President Donald Trump is fully opposed to the "regime in Tehran".

“The outcome of the president’s policy review should be to determine that the Ayatollah Khomeini’s 1979 revolution will not last until its 40th birthday,” Bolton said.

Recently, Joanne Stocker, of the US portal Defense Post, told NBC that Bolton had received more than $180,000 from the MKO to speak in their favor. Bolton’s office has so far refused to comment on it.