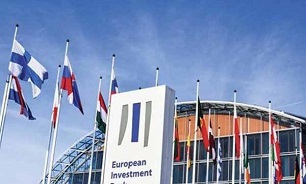 Bourgeois made the remarks in a meeting with a high-ranking Iranian parliamentary delegation, headed by senior MP Kazzem Jalali, in Belgium on Monday.

"The European companies have suffered from the US sanctions and punishments and the US uses dollar as a weapon to punish countries," he said.

Bourgeois expressed the hope that cooperation with Ian would further expand in the fields of research and development (R&D), digital technology, oil and energy.

Jalali, for his part, called for Europe's practical measures to keep the nuclear deal alive, and said, "Europe should not suffice to merely pay lip service to give a logic to the Islamic Republic of Iran's commitment to the deal."

In relevant remarks earlier today, Iranian Foreign Ministry Spokesman Bahram Qassemi warned the European states that they should provide the needed insurances soon to persuade the country remain under the 2015 nuclear deal, and further dismissed talks with the EU outside the internationally-endorsed agreement.

"We have exchanged views on the financial system and other fields related to economic issues and received some plans. If we think about the banking, monetary, industrial and technological mechanisms, this problem will be resolved," Qassemi told reporters in Tehran.

He noted that Iran and Europe are now discussing the technical issues, adding, "We have given the necessary warnings to the Europeans and we will not wait much."

Elsewhere, Qassemi underscored that "our talks with the Europeans have been merely within the framework of the nuclear deal and we have not had any other negotiations on any other issues with them".