TEHRAN (defapress)- Former high-ranking Israeli intelligence official Yakov Kedmi stated that Israel is unlikely to freely use Syrian airspace in the wake of the crash of a Russian Il-20 military aircraft over the Mediterranean Sea.
News ID: 72529 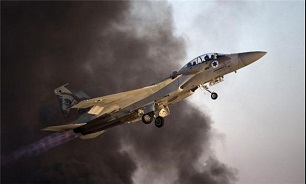 "There was an agreement between Israel and Russia that the actions of Israel in Syria's airspace would not endanger lives of Russian troops. Israel breached this commitment… What happens next will depend on the position of Israel. Most likely, Israel will no longer be able to enjoy the same freedom in the sky of Syria as it did before the incident," Kedmi told Sputnik.

The Israeli Defense Forces (IDF) stated earlier in the day that Israel would share all information on the incident with Moscow. The IDF expressed regret over the deaths of the Russian troops and put the blame on Damascus and Tehran.

"Israel's attack in itself, regardless of the consequences, was an irresponsible step, because there is not a single facility on the territory of Syria that might have been used by Iran and whose destruction would have justified an attack on it, which could endanger the Russian troops," Kedmi said.

The IDF claims that the Israeli jets were targeting a facility in Syria which contained "systems to manufacture accurate and lethal weapons" that could be sent "on behalf of Iran" to Hezbollah movement in Lebanon.

The Russian Hmeimim airbase had lost contact with the crew of the Russian Il-20 military aircraft late on Monday during the attack of four Israeli F-16 aircraft on Syrian targets in the province of Lattakia. The Russian Defense Ministry said earlier on Tuesday that the Israeli military deliberately created a dangerous situation by using the Russian aircraft as a shield against Syrian air defense systems. As a result, the Il-20 jet was downed by a missile launched by Syria's S-200 air defense system.