TEHRAN (defapress)- Israeli Defense Minister Avigdor Lieberman said on Wednesday that Tel Aviv wasn't "happy" about the S-300s deliveries to Syria, but it could not give up on its military operations in the war-ravaged country.
News ID: 72839 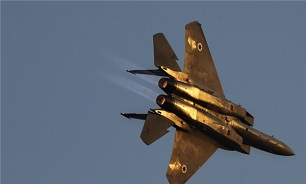 "I cannot say that we are happy about the deployment of the S-300s. At the same time, we have no choice here. We have no opportunity to make decisions [on military operations in Syria]," he stated, according to Sputnik.

The defense minister further stated that it was important for Russia and Israel to restore normal ties despite their disagreements over the downing of the Il-20 reconnaissance plane.

Lieberman once again reiterated that Israel blamed Syria for the Il-20 crash, thus dismissing Moscow's version that Israeli F-16 jets had used the Russian aircarft as a shield against Syrian air defenses.

“I repeat, the entire responsibility lies with [Bashar] Assad's army… Over the past two years Israel has conducted more than 200 strikes against Iranian facilities and Hezbollah targets in Syria. Two hundred times, and not a single Russian soldier received a single scratch. Suddenly, here we allegedly arranged such a 'setup'. It is illogical. In addition, you need to understand that the speed of the F-16 is two and a half times the speed of the Il-20… and at the time when the Syrian air defenses opened fire, Israeli planes were already in our airspace," he said.

He elaborated that the Russian side did not accept the "facts that we have provided them with", and was insisting on Moscow's version of events.

“We are engaged in a very civilized, adequate dialogue, despite the seriousness of the situation, despite the tragic incident. I want to emphasize that in the statement of the President of Russia, this was precisely the way it was defined — a chain of tragic events, therefore, it is necessary to treat and understand it this way, that for both Israel and Russia it is much more advisable… to have a positive dialogue, work together, rather than engage in public showdowns,” the defense minister added.

Earlier this week, Russian Defense Minister Sergei Shoigu said that Russia had finalized the delivery of 49 units of S-300s to Syria.

On September 24, Shoigu announced that Moscow would take certain measures to boost the security of its troops in Syria, including deliveries of the advanced S-300 systems in the aftermath of the crash of Russia's Il-20 military aircraft.

The Russian military has blamed the downing on the Israeli Air Force, stressing that an Israeli fighter jet had used the Il-20 as a shield against Syrian air defenses.