TEHRAN (defapress) – Iran’s parliament gave votes of confidence to four new ministers proposed by President Hassan Rouhani after former heads of the ministries resigned or were impeached by the lawmakers.
News ID: 73330 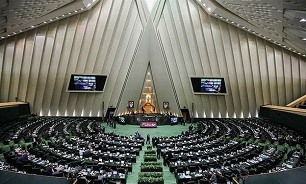 During two open sessions of the parliament on Saturday morning and night, lawmakers discussed the vote for candidates vying for the ministries of labor, finance, industry, and roads.

According to the votes, 200 out of 265 lawmakers voted for Farhad Dejpasand to be the next minister of Economic Affairs and Finance.

The former economy minister, Massoud Karbasian, was dismissed by the Parliament in late August.

The former industry minister, Mohammad Shariatmadari, got 196 votes to become the new minister of Cooperative, Labor, and Welfare, whose previous chief Ali Rabiee received a vote of no confidence from the Parliament on August 8.

Reza Rahmani was also approved by 203 votes as the new minister of Industry, Mine and Trade.

Mohammad Eslami became the new head of the Ministry of Roads and Urban Development with 151 votes. Abbas Akhoundi resigned from the ministry on October 20.

Following the presidential speech in the Parliament on Saturday morning, the proponents and opponents spoke for or against the picks.