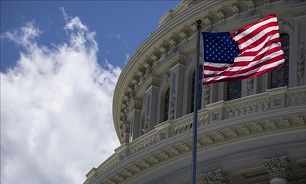 "For the United States, this [statements on sanctions] has become a usual approach. Unfortunately, it shows not power, but weakness, just inability to solve real issues facing the US and real issues with the US participation on the international arena. This is distracting attention from real impotence to take steps on those issues, which are really on the agenda. Naturally, it’s impossible to frighten Russia by any ultimatums," Zakharova said, TASS reported.

The diplomat also questioned the professionalism of US officials, who make these statements.

"Russia eliminated the military and chemical arsenals, which it used to have, a long time ago. This was checked and confirmed in due order by members of the Organization for the Prohibition of Chemical Weapons (OPCW). However, the US has not met its commitments on the destruction [of these arsenals] and keeps delaying the completion of this process," she added.

"So, the Americans should apply their law to themselves. We call on the US to do so and punish those in the US, who encourage terrorists in Syria to carry out provocations and use toxic agents," Zakharova stated.

US Department of State Spokesperson Heather Nauert said earlier Washington was set to act in accordance with the law on chemical and biological weapons that stipulates imposing another package of sanctions against Russia. According to the US diplomat, the Department of State informed the US Congress on Tuesday that it "could not certify that the Russian Federation met the conditions required by the Chemical and Biological Weapons Control and Warfare Elimination Act of 1991".

The United States’ sanctions on Russia over Moscow’s alleged involvement in the poisoning of former Russian intelligence officer Sergei Skripal and his daughter Yulia in the British city of Salisbury came into effect on August 27. The US Department of State argues that Russia is in breach of the 1991 Chemical and Biological Weapons Control and Warfare Elimination Act.

Washington banned the supply of electronic devices and other dual-use products to Russia, but with a number of exceptions. Also, in 90 days’ time the US authorities will make a decision on a second package of sanctions against Russia depending on whether it complies with a number of conditions set to it.

The second package of restrictions includes the lowering the status of bilateral diplomatic relations or their total freeze, a de-facto full ban on any Russian imports to US (including oil and oil products) and US exports to Russia (except food) and a ban for planes of any Russian government-controlled air carrier to land in US, and also blocking loans for Moscow in the framework of international financial organizations.

On March 4, former Russian intelligence officer and convicted British spy Sergei Skripal and his daughter Yulia were allegedly poisoned with a nerve agent, according to British investigators. Later on, London stated that this agent had been developed in Russia and blamed Moscow for being behind the incident based on this assumption.

Moscow refuted all accusations, saying that neither the Soviet Union, nor Russia had any programs for developing this agent. Experts from the British chemical laboratory in Porton Down failed to identify the origin of the agent that poisoned the Skripals.