TEHRAN (defapress)- Spain will proceed with its promise to vote down the provisional UK-EU agreement on the UK withdrawal from the bloc at the upcoming meeting of EU27 leaders unless Madrid's interests are taken into account in the document, Spanish Prime Minister Pedro Sanchez said on Friday.
News ID: 73898 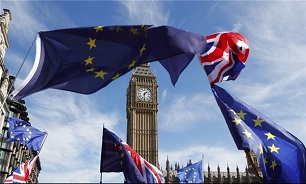 "After my conversation with Theresa May, our positions remain far away. My Government will always defend the interests of Spain. If there are no changes, we will veto Brexit," Sanchez wrote on Twitter, RIA Novosti reported.

Madrid has been threatening to veto the deal unless it is amended to incorporate provisions for direct UK-Spanish talks on the issue of the disputed Gibraltar Peninsula. On Wednesday, Sanchez held talks with UK Prime Minister Theresa May, after which she expressed confidence that the Brexit deal would be endorsed at the Sunday meeting.

Gibraltar, which is claimed by Spain, is a British Overseas Territory. At the 2016 referendum, it overwhelmingly voted to stay in the European Union, however, it will have to leave the bloc together with the United Kingdom in March 2019.

Despite Madrid's opposition to the Brexit deal, the draft political declaration on the future relations of the United Kingdom and the European Union after Brexit was agreed at the level of negotiators and in general at the political level on Thursday.