No Obstacles to Iran-Spain Cooperation 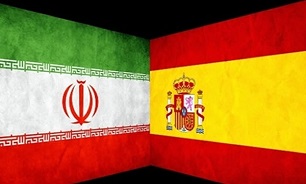 "The important thing is that Iran and Spain have had highly positive relations and there is no problem for our interactions," Busquets told reporters in the Northeastern province of Khorassan Razavi on Sunday.

He added that Tehran and Madrid can take different steps to expand their relations in tourism and agricultural fields.

"Saffron and pistachio are two important Iranian products whose trade should receive more serious attention as they can be extensively traded in the world," Busquets underlined.

Iran and Spain in February signed two Memoranda of Understanding (MoUs) in Tehran in the political, economic and rail transport fields.

The signing ceremony was held in the presence of Iranian Foreign Minister Mohammad Javad Zarif and his Spanish counterpart Alfonso María Dastis Quecedo in the Iranian capital.

During the meeting, the Spanish foreign minister pointed to the longstanding history of amicable relationship between Iran and Spain in all fields, and said, “This is the first time that I visit Iran and it is hoped that the two countries will strengthen their ties in the best form possible in future."

He pointed to the implementation of Joint Comprehensive Plan of Action (JCPOA) and said, "As a member of European Union, Spain is fully committed to this significant deal."