TEHRAN(defapress)– An Iranian trade official says that Iran exported 6.4 billion dollars of commodities to Iraq during the first eight months of the current Iranian year (beginning on March 21), indicating a 55 percent of growth.
News ID: 74558 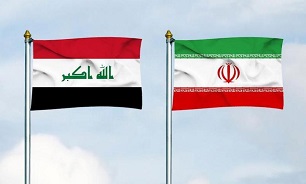 Farzad Piltan, Director for Arab-African Affairs of Trade Promotion Organization of Iran (TPO), made the remarks in a ceremony held to praise top exporters of Arvand Free Zone held in Khorramshahr city’s chamber of commerce in southwestern Iran on Monday.

Piltan announced that an area of 1,000 square meters have been prepared to establish a permanent exhibition for 25 Iranian companies to showcase their products in Baghdad, Iraq’s capital.

He described building new transit routes between Iran and its neighboring countries as one of the other projects to expand trade with them, adding that connecting the railway system of Iran as well as building a transit corridor between Iran and Kuwait is being currently followed up.

Rebuilding Iraq is a lucrative program for both Iraqi and Iranian companies, he said, noting that a joint committee is to be launched by the yearend.

The Arvand Free Zone with an area of 37,400 hectares is at the confluence of the Karun and Shatt al-Arab Rivers and in proximity to Iraq and in the north west of Persian Gulf.

This Zone has long been one of the border and oil rich zones of the country due to the existence of freshwater Rivers of Karun and Arvand and also transportation facilities, including road, rail, sea and air.