TEHRAN (defapress) – Iranian Parliament Speaker Ali Larijani asserted that "Dey 9 epic feat" was a slap in the face of enemies who orchestrated unrest in Iran back in 2009.
News ID: 74646 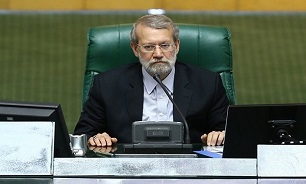 After several months of conflict, the great nation of Iran dominated their will over the foreign-orchestrated adventurous behaviors on Dey 9 (December 30), 2009, Larijani underlined adding "that's why the Islamic Revolution in 40 years, has always been protected from internal and foreign crises."

On December 30, 2009, millions of Iranians held rallies in the capital Tehran and several other cities to condemn the foreign-orchestrated unrest, which had erupted following the presidential elections earlier that year.

'Dey 9 epic' cleaned up the polluted political climate inside the country and ended internal conflict," Larijani noted, saying, on the day, Iranian nation blocked the opportunistic interventions by the United States and some Western countries, smoothing the path of Islamic Revolution with enlightenment.

People from all walks of life take part in demonstrations and ceremonies on December 30 each year since 2009 in several Iranian cities to mark the “Dey 9 epic feat,” which refers to the historic rallies held on the ninth day of the Persian calendar month of Dey.