White House Asked for Options to Strike Iran in 2018

TEHRAN (defapress) – The White House’s national security team last fall asked the Pentagon to provide it with options for striking Iran after mortars were fired into an area in Baghdad that is home to the US embassy, a source familiar with the matter said.
News ID: 74956 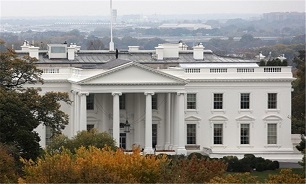 The source said that the Pentagon drew up options in response to the request, which was first reported by the Wall Street Journal and which originated from the White House National Security Council led by John Bolton.

Citing current and former US officials, the newspaper reported that the request sparked deep concern among Pentagon and State Department officials.

The Wall Street Journal also reported that it was not clear whether the options were provided to the White House, whether President Donald Trump knew of the request or whether serious plans for a US strike against Iran took shape at that time.

The decision was prompted by three mortars being fired into a diplomatic quarter in Baghdad in September, the newspaper said. The shells landed in an open lot and no one was hurt. Two days later, unidentified militants fired three rockets that hit close to the US consulate in the southern city of Basra but caused no serious damage.

Back then, Bolton and some others in Washington thought that since the attack followed the torching of the Iranian consulate in the Iraqi oil hub of Basra and was claimed by a Shiite group, then it must have had something to do with Iran.

They were also under the impression that Iran was behind the unrest in Basra, the report added.

The State Department did not comment on the report. The Pentagon said it provides the president options for a variety of threats.

NSC spokesman Garrett Marquis, said the NSC does the same and it will continue to consider “the full range of options” after the attacks.