TEHRAN (defapress) – The United Arab Emirates (UAE) signed weapons deals worth $1.3bn with local and international companies at the opening day of an arms fair in Abu Dhabi.
News ID: 75704 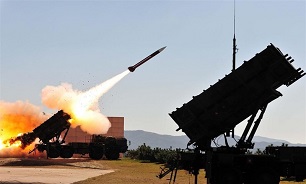 The Persian Gulf nation, which alongside Saudi Arabia has been mired in the devastating war against Yemen for nearly four years, announced 33 deals on Sunday, including a $355m deal with Raytheon to provide surface-to-air Patriot missiles, Al Jazeera reported.

Other deals at the International Defense Exhibition in Abu Dhabi (IDEX) saw Australian firm EOS Defense awarded with a $316m contract to provide ground and naval systems, while contracts awarded to UAE firms amounted to around $300m.

One manufacturer at IDEX displayed a model of a machine gun for sale that is in the hands of Emirati-backed militant groups in Yemen. Armored personnel carriers and tanks used in the war could also be seen at the show.

The UAE entered the war on Yemen in March 2015 alongside Saudi Arabia and a host of other Arab countries.

Since then, Saudi air raids have hit markets, hospitals, residential areas, killing thousands, while the UAE has largely handled ground operations in the aggression.

Rights group Amnesty International criticized the arms fair after Belgium's FN Herstal 5.56mm Minimi machine gun was being advertised for sale. The weapon has been seen in the hands of Emirati-aligned armed groups.

"The ongoing carnage against civilians in Yemen - including at the hands of the Saudi Arabia and UAE-led coalition and the militias it backs - should give serious pause to all states supplying arms," Patrick Wilcken, Arms Control and Human Rights Researcher at Amnesty International said in a statement.

"It beggars belief that they would continue to market and sell billions of dollars' worth of advanced weaponry to armed forces that are committing war crimes and exacerbating the world's worst humanitarian crisis."

The Saudi war has pushed the Arab world's poorest country to the brink of famine and has killed an estimated 60,000 people.

According to the charity Save the Children, an estimated 85,000 children may have starved to death over the past four years of war.