TEHRAN (defapress)- Iran and Pakistan are determined to increase their bilateral cooperation in economic areas, specially in the fields of agriculture, livestock and meat.
News ID: 75904 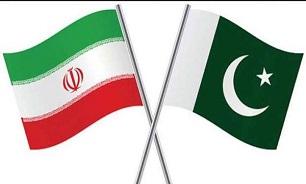 Per an agreement reached between the two sides, Iran will import livestock and meat from Pakistan as Pakistan will import its required data-x-items or goods from Iran.

Honardoost and Sultan also discussed problems with exchange of fresh fruits and cooperation in health, herbal, and cattle quarantine.

Early in January, it was announced that Tehran and Islamabad were determined to increase bilateral trade up to $5 billion, and Iran-Pakistan free economic zone was expected to open in the city of Mirjaveh in Iran's Sistan and Baluchistan Province within couple of days.

Consul General of Iran in the Southwestern Pakistani city Quetta Mohammad Rafiyee, in a meeting with Chief Minister of the Pakistani Province of Baluchistan Jam Kamal Khan on January 07, said that the joint free economic zone will open in the coming days.

In the meeting, both sides agreed that boosting trade between the two neighboring nations would directly benefit ordinary citizens.

Reports also suggested that increasing Pakistan and Iran trade up to five billion dollars remained the focal point of the meeting.

“Both nations have social, political and cultural relations for decades; therefore, the Iranian government has always given importance to its relations with Pakistan,” said Rafiyee, describing the Pakistani Province of Baluchistan as an important bridge between the country and Iran.

“Today, relations between the two countries depend a lot upon trade and economic relations with neighboring country can only be strengthened by boosting trade activities,” said Kamal, adding that unrest in the region had a negative impact on economic stability in Pakistan as well as Iran.

“The federal and provincial governments have been taking measures to enhance trade with Iran,” said Kamal, adding that Islamabad had been making effective strides in curbing drug smuggling and bringing peace to the border areas.

“The tax-free border markets in Pakistan and Iran will boost economic ties between the two countries,” said Kamal.

The chief minister also briefed the Iranian consul general on the security measures taken for pilgrims travelling from Baluchistan to Iran.

Earlier on January 04, Pakistan’s Minister for Communication and Works Department of Khyber Pakhtunkhwa Province Akbar Ayub Khan, in a meeting with Consul General of Iran in Peshawar Mohammad Baqer Beigi, expressed his country’s desire to benefit from Iran’s vast experience to develop the country’s infrastructure.

Ayub Khan said that Khyber Pakhtunkhwa province wanted to cooperate with Iran in technical and engineering sectors to develop its infrastructure especially in building of roads and bridges.

Referring to close ties between Iran and Pakistan, the minister said Islamabad is willing to send a team of experts to Iran to see the progress of the country in building roads, tunnels and bridges.

Mohammad Baqer Beigi said for his turn that both countries would overcome problems in bilateral ties, if any, adding that his country is willing to cooperate with Pakistan in infrastructure development.

He said the visit of team of experts of Khyber Pakhtunkhwa province to Iran would be finalized soon and that close cooperation between Iran and Pakistan in economic sector would benefit the two neighboring states.

A week before that, Pakistan’s Minister for Power Omar Ayub Khan, in a meeting with Tehran’s Ambassador to Islamabad Mehdi Honardoost, underlined his country's interest in boosting power supplies from Iran.

He said that Pakistan is ready to hold negotiations on the renewal of the agreement on 100MW electricity import to its border province of Baluchistan.

The two sides stressed the need to continue joint efforts in the power sector on both power generation and transmission.

Honardoost, for his part, noted that Iranian companies and contractors are ready to take part in the neighboring country’s power sector.

Last year, Iran expressed readiness to provide up to 3,000 MW electricity to Pakistan.

However, according to Ayub Khan, there is a problem on Pakistan side because importing such quantity of electricity requires a robust transmission system, which requires a lot of investment.

On December 29, Ambassador Riffat Masood said that Pakistani Prime Minister Imran Khan is keen on increasing bilateral ties with Iran, adding that the premier has ordered solution of all economic problems with Tehran.

Masood made the remarks a meeting with the provincial governor of Iranian Sistan and Baluchistan province Ahmad Ali Mohebati in Zahedan.

She said that Iran and Pakistan share a lot of commonalities that need to be tapped into to develop bilateral relations between the two countries.

The Pakistani ambassador also said that Pakistani Prime Minister Imran Khan is keen on increasing bilateral ties with Iran, Afghanistan and India, adding that the Pakistani prime minister also stresses that any economic problems with Iran should be resolved.

Masood pointed to border trade at shared border crossings, saying that the two border gates of Rimdan and Pishin need to start work as soon as possible to boost border trade between Iran and Pakistan.

Meanwhile, she emphasized the need for an increase in the number of flights between Pakistani Quetta and Karachi and Iran’s Zahedan airports to allow the expansion of bilateral trade.

Mohebati, for his part in this meeting, stressed the need for expansion of bilateral relations through joint investments on the both sides of the shared borders.

He also said that Iran can contribute to Pakistani Gwadar port by providing natural gas and electricity to the petrochemical plants in the port, calling for accelerating the opening of two border gates of Rimdan and Pishin to help the Pakistani port.

He further said that operating the three border crossings of Rimdan, Pishin and Kouhak can also be of great help to the people living on both sides of the borders.

The governor further said that the border gates need to be made official in a bid to tackle the problem of border smuggling.

The 3rd Mirjava-Zahedan rail line for Pakistani trains will be inaugurated by next year, he said.

He also emphasized that boundaries and limits of the Pakistani consulate in Zahedan will soon be established.

In a relevant development earlier on December 24, Iranian Foreign Minister Mohammad Javad Zarif and his Pakistani counterpart Makhdoom Shah Mahmood Qureshi, in a meeting in Tehran, exchanged views on the latest regional and international developments and called for joint efforts to boost stability.

Zarif and Qureshi stressed the importance of making joint efforts to boost stability, security and constructive cooperation in the region, particularly in Afghanistan.

The visit by Qureshi and his accompanying delegation to Tehran was part of the government's policy of outreach in the neighborhood, Pakistan's Ministry of Foreign Affairs announced in a statement on Monday.

It added that the Iranian and Pakistani foreign ministers held "detailed" talks on "strengthening the already close bilateral relations rooted in common history, culture and people-to-people ties" and reaffirmed the necessity to increase cooperation.

According to the statement, Zarif reaffirmed Iran's commitment to deepen relations with Pakistan in trade, investment, connectivity and border management.