TEHRAN (defapress) - Four Americans and their Kenyan pilot were killed when their helicopter crashed on a remote island in Lake Turkana in a national park in northwest Kenya, police said on Monday.
News ID: 75960 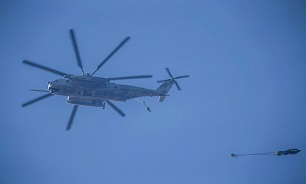 The aircraft came down in Central Island National Park at around 8 p.m. on Sunday, police said, killing all on board.

The cause of the crash had yet to be determined.

Police did not identify the victims, saying next of kin had to be notified first.

The crash comes less than a month after three Americans were among five who died in a plane crash in the west of the country.