TEHRAN (defapress) – Iran’s Foreign Ministry Spokesman Bahram Ghasemi has strongly condemned a suicide attack on a gathering in the Afghan capital, where some government officials were also present.
News ID: 76051 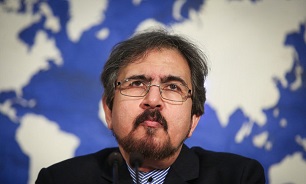 “By conducting such moves, terrorist groups, including the ISIL, seek to create terror and rifts within the ranks of the Afghan government and people,” Ghasemi said in a statement released on Thursday night.

The spokesman said “the vigilance of all Afghan state entities and people holds the key to stopping these groups from achieving their evil goals.”

“By taking such inhumane, indiscriminate and aimless actions, the ISIL has the pious wish of throwing its weight around and making up for its defeats in Syria and Iraq,” Ghasemi said.

“Undoubtedly, the will of, and cooperation and solidarity between the Afghan government and people can contribute heavily to the purging of terrorism from this country, which we are sure will happen sooner or later.”

“This is what Iran longs to see happen in Afghanistan as a friendly neighbor,” he added.