US Nationals Will Need Visa to Enter EU States Starting 2021

TEHRAN (defapress)- US nationals will no longer be able to enter the Schengen Area without a new kind of visa — a European Travel Information and Authorisation System or ETIAS starting in 2021, the EU bloc announced.
News ID: 76100 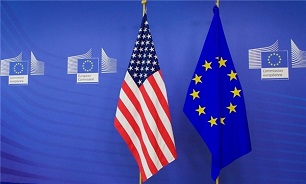 An ETIAS visa, which is good for three years, enables Americans to enter the bloc as often as they like. At present, United States passport holders do not need a visa to enter 26 European Union states, and they can spend up to 90 days, RIA Novosti reported.

The move to introduce a new type of a visa was taken by the bloc in order to improve security and "to avoid any further problems with illegal migration and terrorism," according to the ETIAS website.

The Schengen Area is a zone which includes 26 EU states (plus Norway) where no internal borders exist and people are allowed to move freely.

It comes after in June last year, the EU parliament held a vote supporting the Commission's decision to impose visas on American nationals.

In 2016, the European Commission urged the US authorities to provide the bloc's member-states Bulgaria, Croatia, Poland, Romania and Cyprus the right to travel visa-free just like the majority of EU citizens; It has led to a drawn-out dispute between the US and the bloc.