Iran calls on Pakistan, India for peaceful resolution of tensions

TEHRAN (defapress) – Iran’s Deputy Foreign Minister Seyyed Abbas Araghchi in a phone conversation with Foreign Secretary of Pakistan Tehmina Janjua called for de-escalation and a peaceful resolution of the conflicts between India and Pakistan
News ID: 76197 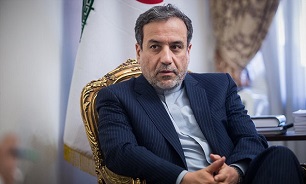 In a Twitter post on Friday, Araghchi said he had held a phone conversation with Janjua, discussing a host of issues including bilateral ties and regional developments.

“I spoke with Foreign Secretary of Pakistan Tehmina Janjua in a phone call today … Iran and Pakistan are close neighbors and friends. We agreed to strengthen our cooperation in all fields, including the fight against terrorism,” the tweet says.

Referring to the growing tensions between Pakistan and India, the official added, “Iran calls for de-escalation and peaceful resolution of Pakistan-India conflict."

Tensions between the two neighboring countries mounted when Indian aircraft attacked what it said was a militant camp in Pakistan in retaliation for a deadly assault in Indian-administered Kashmir on 14 February.

Last week, Iranian Foreign Minister Mohammad Javad Zarif voiced concern over tensions between India and Pakistan, saying that Iran is trying to settle the differences between the two sides.

He stressed that "continuation of tensions is not in favor of the region."