TEHRAN (defapress) – Iran’s deputy interior minister for security affairs said a special plan has been formulated to enhance security along the country’s eastern border, noting that Tehran and Islamabad are determined to crush terrorism in joint border areas.
News ID: 76236 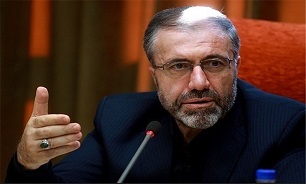 In comments on Sunday, Hossein Zolfaqari said the Interior Ministry has prepared a special plan for east border security that would be carried out as soon as being financed.

Describing protection of borders as a costly job that would require at least 780 billion rials for every 100 kilometers, he said Iran and Pakistan are in contact to increase cooperation after a recent terrorist attack in southeast Iran.

“In all communications, the Pakistani government has proved to be seeking to help reduce insecurity. There are ties between the two major nations of Iran and Pakistan and they enjoy strategic relations,” Zolfaqari added.

In the latest such attack, a bus carrying IRGC personnel was traveling between the cities of Zahedan and Khash, in Sistan and Balouchestan on February 13, when it was targeted in a suicide car bomb attack.

Twenty-seven IRGC members were killed and 13 others injured in the attack, claimed by the so-called Jaish ul-Adl terrorist group based in Pakistan.