TEHRAN (defapress)- Iranian Ambassador to Belgrade Hossein Molla Abdollahi said that the volume of trade between Iran and Serbia experienced a two-fold growth in the past Persian calendar year (March 21, 2018- March 20, 2019).
News ID: 76333 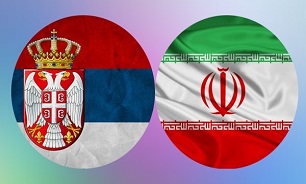 Molla Abdollahi highlighted that bilateral relations between Iran and Serbia had significantly leapt forward in the last Persian year, saying that the trade exchange volume experienced showed significant increase and doubled despite obstacles.

Addressing a ceremony to commemorate the birthday anniversary of the first Shiite Imam Ali (AS), the Iranian ambassador described relations between the two countries as warm, friendly and active.

He also urged Iranian nationals including businessmen, merchants and students to get familiar with trade capacities between two countries and encourage businessmen for more cooperation and investment.

He described Nowruz which marks the beginning of new Iranian calendar year (falling on March 21) as a culture shared with many countries including Iran, Turkey, Afghanistan, Azerbaijan, Tajikistan, Central Asian countries and Caucasus saying it will reinforce cultural relations.

Late in October, Serbian Ambassador to Tehran Dragan Todorovic downplayed the impacts of the US sanctions on his country's relations and interactions with Iran.

"The sanctions imposed on Iran are special to the US and they are not international sanctions. The Serbian government acts like the EU in interactions with Iran," Todorovic said on Sunday.

Todorovic underscored excellent trade relations with Iran, saying that the US withdrawal from the 2015 nuclear deal has not affected the bilateral economic ties between the two countries.

He also described Iran as a country which does not interfere in other states' affairs, rejecting allegations that Tehran supports terrorism.