Iran Reiterates Call for End to Aggression on Yemen

TEHRAN (defapress) – Iran’s Foreign Ministry called highlighted the suffering of the Yemeni people in the ongoing Saudi-led aggression on Yemen and called for an immediate end to the war on the impoverished country.
News ID: 76408 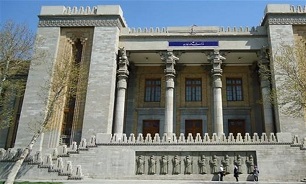 In a statement on Monday, the Iranian foreign ministry emphasized that after four years of bellicosity and futile war against the Yemeni people, officials and international organizations have admitted that over 24 million Yemenis need help and more than 15 million suffer from malnutrition at the beginning of the fifth year of the war.

“Millions of children are starving not because of crises and natural disasters, but for four years of war and its continuation amid the silence and indifference of the international community,” reads the statement, according to the ministry’s website.

It also states that the Islamic Republic of Iran, in line with its principled policy of finding a political solution to the Yemeni crisis and within the framework of the four-point plan that was presented by Iran’s foreign minister at the start of military aggression against Yemen, expressed its full support for a ceasefire and the removal of the cruel economic and humanitarian siege on Yemen.

“The Islamic Republic also calls for a political consensus between all Yemeni political parties that can meet the expectations of the people of the country. Tehran further calls on the international community to support efforts to reduce the suffering of the Yemeni people, especially children and women.”

Yemen’s defenseless people have been under massive attacks by the coalition for about four years but Riyadh has reached none of its objectives in Yemen so far.

The aggression has also taken a heavy toll on the country’s infrastructure, destroying hospitals, schools, and factories. The UN has already said that a record 22.2 million Yemenis are in dire need of food, including 8.4 million threatened by severe hunger. According to the world body, Yemen is suffering from the most severe famine in more than 100 years.