Rezaie warns Trump of aftermath of his IRGC decision 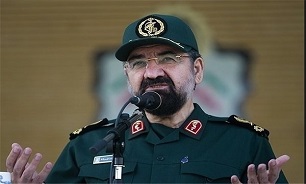 Mohsen Rezaei, a former commander of IRGC, tweeted on Tuesday in response to Washington’s anti-Iranian measure.

“Mr Trump! Tell your aircraft carriers not to pass near IRGC boats,” he wrote.

IRGC is in charge of providing the Persian Gulf with security, where the US aircraft carriers are also present.