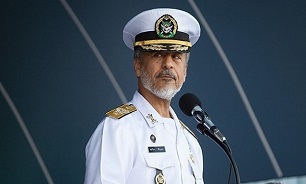 The Army's helicopters and drone capabilities are used to detect and take images from dams, rivers and sensitive areas and collect information in the region, and this information is handed over to analysts on a daily basis, said General Sayyari, who has been appointed as the commander of Army rescue operations in flooded regions in Khuzestan, while visiting the Southwestern province on Thursday.

Over three weeks after the start of the unprecedented heavy rains and floods in Iran, many dams in the country are swelling with rising rivers.

In Isfahan province near the borders with Markazi and Lorestan provinces, Golpayegan Dam was announced full on March 31 and the people residing in the areas near the downstream of the dam were ordered to evacuate their homes and keep distance from areas on the river banks.

In Khuzestan province, Karkheh Dam has been discharging water in the past week to manage the huge amount of inflow it is receiving due to heavy rains in Lorestan, Khuzestan, and Kuhkiluyeh and Buyerahmad provinces.

Popular rescue teams are formed in all major cities of the country, dispatching units of relief providers to flood-hit areas.

The Islamic Revolution Guards Corps (IRGC) has pledged to boost hope and raise morale among the people of the flood-hit regions in Iran with offering food, relief aid, and housing to restore normalcy to everyday life in the battered cities.