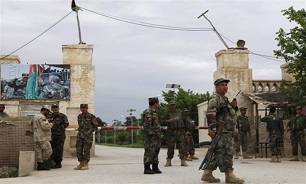 A group of Taliban militants, according to the official, attacked the security checkpoint early morning, triggering gun battle and the militants fled after killing eight security personnel and injuring nine others.

Baghlan-e-Markazi district, located about 15 km away from provincial capital Pul-e-Khumri, has been regarded as Taliban hotbed in Baghlan province.

The Taliban, who announced their so-called annual offensive on Friday morning, since then have launched series of offensives in Afghanistan.