TEHRAN (defapress)- Iranian and Japanese diplomats, during the 11th joint consular meeting in the capital city of Tokyo early on Friday, pledged to boost bilateral relations between the two countries more than ever.
News ID: 77055 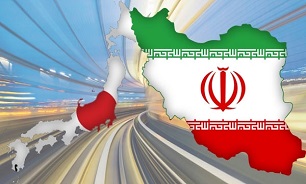 The 11th Iran-Japan Joint Consular Meeting was held this morning in the Japanese capital city of Tokyo where the two sides, while commemorating the 90th establishment anniversary of diplomatic relations between Iran and Japan, exchanged their views for broadening bilateral relationship in relevant fields.

Moreover, officials of the two countries placed their special emphasis on strengthening and promoting mutual ties more than ever.

At the end of this meeting, the two sides agreed that the next round of bilateral consular meeting will be held next year in Tehran.

Earlier on Thursday, Iranian Navy Commander Rear Admiral Hossein Khanzadi had a meeting with Japanese Navy Commander Admiral Isoroku Yamamoto, on the sidelines of the 70th anniversary of the founding of the Chinese People's Liberation Army Navy in the port city of Qingdao.

Referring to the visit of Japanese navy commander and his accompanying delegation to Iran last year, Khanzadi said that the Iranian Naval vessels will pay a visit to Japanese ports.

He said that last year’s visit of Japanese naval delegation laid the ground for expanding bilateral relations between the two navies.

Praising the great civilization of Japan and the Japanese people for being hardworking and for their bravery, the Iranian Army navy commander went on to admire the Iranian naval forces’ experiences and hard work as well.

Referring to the cruel sanctions imposed by the US, Khanzadi said that Iran with a mixture of the Iranian and Islamic civilizations will resist foreign pressures.

Admiral Yamamoto, for his part, pointed to the sailing of the Japanese naval forces in the Persian Gulf, stressing that the Japanese navy will definitely visit the Iranian ports again.

Yamamoto further welcomed exchange of students of the maritime academic centers of the two countries, describing the move as important to expand bilateral relations between naval forces.

In a related front, back on March 10, Advisor to the Iranian Parliament Speaker Hossein Amir Abdollahian, in a meeting with Japan’s Ambassador to Tehran Mitsugu Saito, lauded the 90th anniversary of the establishment of diplomatic ties between the two countries, and welcomed the efforts made to expand parliamentary ties between Tehran and Tokyo.

During the meeting with Saito in Tehran, Amir Abdollahian attached a great importance to the ties with East Asian country.

He further expressed hope that the bilateral parliamentary relations between the two Asian countries would enhance to higher levels.

He also said that the Joint Iran-Japan Parliamentary Friendship Group at Iranian Parliament welcomes exchange of visits with their Japanese counterparts.

Japan’s ambassador to Tehran, for his part, referred to long-standing good relations between the two countries, adding “Tokyo welcomes the development of political, economic and cultural ties with the Islamic Republic of Iran.”

Mitsugu Saito also pointed to the visit of the Iranian Parliament Speaker Ali Larijani to his country, stressing “the Japanese embassy in Tehran will spare no efforts to implement parliamentary agreements reached in talks between Iranian parliament speaker and the Japanese authorities.”

The two sides also emphasized the importance of expanding economic relations and business cooperation between the two countries.

A week before that, Saito had met with Head of Iran's Cultural Heritage and Handicrafts and Tourism Organization Ali Asqar Mounesan where the two agreed to expand cultural cooperation between the two countries.

Mounesan and Saito announced in their meeting that Iran and Japan had plans to hold joint cultural nights.

What can under current conditions help global peace and friendship is cultural cooperation among the governments and nations, Mounesan said.

“I believe that cultural issues can bring governments and nations closer to each other and strengthen their relations,” he said.

Iran and Japan have long-standing and excellent ties with each other and the Iranian nation has a good feeling towards the Japanese people. So they can continue their cultural cooperation, he said.

“We are interested to reciprocally organize cultural nights and our museum palaces, including Sa’dabad and Niavaran are ready to host the events,” Mounesan said.

Japanese ambassador, for his part, referred to significance of cultural ties between the two countries, saying that Tokyo is ready for cooperation in all fields, particularly culture.

“During the time I have been in Iran, I have reached the conclusion that the Iranian people are familiar, with Japanese people and have good feeling towards them,” he said.