Iran won't back down on its position on missile program

TEHRAN (defapress) – Iran’s Permanent Representative to the United Nations Majid Takht-e Ravanchi said that Islamic Republic will not back down on its position on missile program.
News ID: 77186 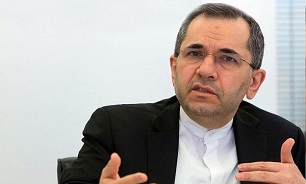 Iran’s missile program is non-negotiable, he said, adding, “Iran will not back down on its position regarding its missile program, which is a matter of national defense.”

He made the remarks on Thursday in reaction to the trip of a US official to New York aimed at persuading the UN to take a stance against Iran’s missile activities.

"We reiterated in a statement that Iran’s missiles are not included in the UNSC Resolution 2231.”

This resolution, as drawn up and ratified by the United States and other countries, puts a ban on those missiles that are designed for carrying nuclear warheads, he added.

Iran’s UN envoy once again stressed that “our missiles have not been designed for this purpose. It is perfectly clear that all of Iran’s nuclear activities are for peaceful purposes, and the 14 reports by the International Atomic Energy Agency (IAEA) confirm it."

"Our stance is clear; our missile program is a matter of national defense. It is non-negotiable, and by no means runs counter to the Resolution 2231," Takht-e Ravanchi stressed.