TEHRAN (defapress)- A senior Iranian legislator blasted the Europeans for defying their undertakings under the 2015 nuclear deal with Iran, saying that Tehran does not have high hopes about Europeans' major move to make up for their past inaction during the the two-month deadline specified by Iran.
News ID: 77403 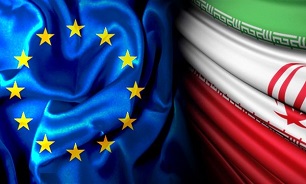 "The Europeans have not even implemented the INSTEX (Europe's proposed Instrument in Support of Trade Exchange)" and "we have not witnessed even the slightest practical move by the Europeans", Hossein Ali Haji Deligani told FNA on Tuesday.

"Pinning hope on the Europeans to adopt practical measures in the next two months is futile," he added.

Haji Deligani reminded that based on the INSTEX, Iran was due to sell its oil to Europe and then purchase foodstuff, drugs and medical equipment from the European companies, complaining that the system has not been put into force yet.

In relevant remarks on Saturday, Iranian Deputy Foreign Minister for Political Affairs Seyed Abbas Araqchi underlined that INSTEX was not in promising conditions, cautioning that if put into action, INSTEX was just a very small part of EU's promised merits to Iran under the nuclear deal.

In return, Iran's Supreme National Security Council (SNSC) announced in a statement last Wednesday that the country had modified two of its undertakings under the Joint Comprehensive Plan of Action in return for the US abrogation of the deal and other signatories inability to make up for the losses under the agreement, warning that modifications would continue if the world powers failed to take action in line with their promises.

Iranian President Hassan Rouhani in a letter last Wednesday informed the Group 4+1 on stopping implementation of a number of Tehran's undertakings stated in the 2015 nuclear deal.

Araqchi submitted the letter to the ambassadors of the G4+1 to Tehran after they were called to the foreign ministry last Wednesday morning.

Top EU diplomats said last Thursday they remain committed to the deal but will not bend to any ultimatums.