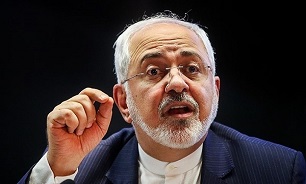 Speaking to reporters after a meeting with his Indian counterpart Sushma Swaraj in New Delhi on Tuesday, Zarif said they discussed a range of issues, including regional developments and common threats.

There are concerns about “the threats that extremist individuals inside the US government and individuals in the region are trying to impose,” the top Iranian diplomat said.

Zarif added that he and Swaraj also discussed the common concerns, including “the suspicious acts of sabotage which are taking place in our region with the purpose of fueling tensions.”

The minister said Iran had already foreseen that such acts of sabotage would be committed in the region.

His comments came after the United Arab Emirates (UAE) said on Sunday that four commercial ships were targets of a “sabotage attack” near its Fujairah port. Saudi Arabia has also confirmed that two Saudi oil tankers sustained “significant damage” in the incident.

Iran’s Foreign Ministry has already expressed concern over the Sunday incident in the Sea of Oman, warning of foreign seditious plots to upset the region’s security and stability.

Elsewhere in his comments, Zarif said he and his Indian counterpart have talked about the necessity to honor the 2015 Iran nuclear deal, the process of energy cooperation between Tehran and New Delhi, Iran’s port of Chabahar, and efforts for peace in Afghanistan.

Heading a diplomatic delegation, Zarif has travelled to India after visiting Turkmenistan.