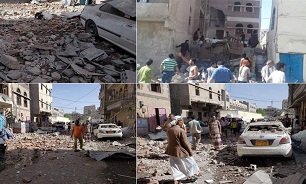 The strikes targeted residential areas across the capital on Thursday morning.

According to Yemen's Health Ministry, so far at least 32 people have been killed and injured, Al-Manar reported.

The ministry added that the death toll is expected to rise.