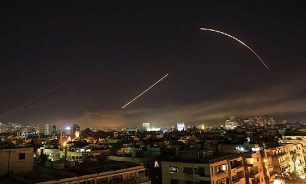 On Saturday, Syrian air defenses fired at projectiles that were launched from Israeli-controlled areas into southern Syria, according to state media. The SANA correspondent reported from Quneitra Province that the "objects" were dealt with from the ground.

Meanwhile, videos of bright spots in the night, with the caption saying that Syrian air defenses fired at targets coming from Israel, were published online.

​This comes as on late Friday SANA reported that Syria repelled an attack by "luminous" objects launched from Israel and shot down a "number of them". The Ikhbariya broadcaster reported that the projectiles were fired from the "occupied territories," referring to Israel, but didn't specify the exact launch location.

At the same time, the sound of several explosions was heard in the Syrian capital of Damascus overnight on Friday.