TEHRAN (defapress) – Chairman of Iranian Parliament’s Nuclear Committee said Europeans can save the Iran nuclear deal (JCPOA) following the US’ withdrawal, but they do not want to pay the price that the measures needed to preserve the agreement entail.
News ID: 77463 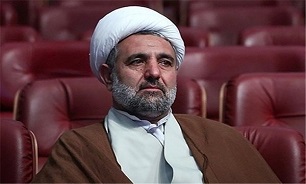 Speaking to Mehr News correspondent on Sunday, Mojtaba Zonnour, Chairman of Iranian Parliament’s Nuclear Committee, said Europeans should be doing their job in preserving the Iran nuclear deal (JCPOA) if they really approve of it.

“Europe can [save the JCPOA] provided that it pays the price for it,” Zonnour said. “But the European side does not want to pay the price for preserving the agreement.”

The 2015 Iran nuclear deal, also known as the Joint Comprehensive Plan of Action, has been in shambles ever since President Donald Trump withdrew US from it last May and re-imposed sanctions on Iran. In a bid to keep Iran in the agreement, the European Union promised the country to establish an alternative payment mechanism, dubbed INSTEX, to facilitate trade with Iran in the face of US sanctions. The mechanism, which is said to cover only medicine and foodstuff, has yet to become operational.

Zonnour maintained that INSTEX should be able to facilitate Iran’s economic transactions with all countries in the world, not just the Europeans.

He also censured the fact that the payment mechanism would only cover medicine and food, saying it is against the provisions of the nuclear deal; “the Iranian Parliament will definitely reject this restriction, and our diplomats should be wary of Europeans’ empty promises and deceits.”

“The European side has been only killing time and playing ‘good cop/bad cop’ with the US,” he said, adding “since US’ withdrawal from the JCPOA, Europe used this opportunity to let Saudi Arabia and the UAE increase their oil productions so that their oil could replace ours.”