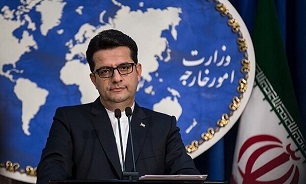 While condemning the attack on Egyptian military forces in Sinai Peninsula and expressing sympathy with the families of victims, Egyptian government and nation, Mousavi pointed to the principled position of Iran in condemning such terrorist acts and added, “engaging Islamic countries and region to trivial matters and detracting them from focusing on the first and main priority of the Islamic world i.e. supporting the oppressed Palestinian people and defending the holy Quds are of the main aims behind committing such heinous actives.”

Foreign Ministry Spokesman Mousavi called on leaders of regional countries to establish unity and amity with each other in the fight against extremism and terrorism.