US Unable to Start War against Iran 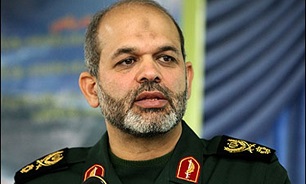 "The US cannot enter war with Iran for different reasons. When someone wants to enter a war, he/she should assume him/herself as a winner but the US does not consider itself as the winner because it has not even been able to overcome a simple issue like Yemen and it has failed in Iraq, Syria and Afghanistan as well," General Vahidi, the current president of the National Defense University, told FNA on Saturday.

He underscored Iran's high defensive capabilities, and said the country is now able to build a missile defense shield more powerful than the Russian-made S-300.

In relevant remarks last month, Supreme Leader of the Islamic Revolution Ayatollah Seyed Ali Khamenei told a gathering of senior Iranian officials that he saw no possibility of war between Tehran and Washington, adding that the recent US military buildup in the region only aimed at frightening Iran to yield to the White House demands, but Iran stands strong.

Addressing the heads of the country’s executive, judiciary, and legislative branches as well as other senior officials, parliamentarians, and important figures in the country’s political, social, and cultural spheres, Ayatollah Khamenei ruled out the possibility of war between the United States and Iran despite heightened tensions between the two sides, saying Washington knows engaging in such a conflict would not be in its interest.