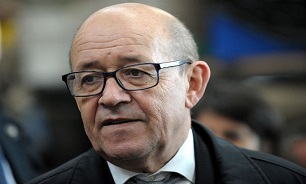 “The Europeans have to stay united on this issue,” Le Drian told reporters at a meeting of foreign ministers of France, Germany and Britain in Brussels.

Iran’s decision to reduce compliance with the deal that the United States abandoned last year was “a bad response to a bad decision,” he said.

The three foreign ministers have convened in the Belgian capital to flesh out how to convince Iran and the United States to reduce tensions and initiate dialogue.

In a joint statement on Sunday, the three countries, who are party to the deal alongside Russia and China, said the time has come to “act responsibly and to look for ways to stop the escalation of tension and resume dialogue.”

In May 2018, US President Donald Trump pulled his country out of the deal, known as the Joint Comprehensive Plan of Action (JCPOA).