TEHRAN (defapress) - Venezuela’s government has offered opposition to maintain contact dialogue for peace in the country during the latest round of talks in Barbados, President Nicolas Maduro said.
News ID: 78118 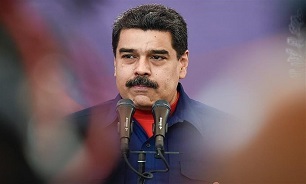 "Yesterday, the Venezuelan delegation returned from the second round of negotiations in Barbados ... Our key proposal is to create a permanent ‘table’ for dialogue with the Venezuelan opposition for peace and Venezuela," Maduro said during a meeting with his United Socialist Party of Venezuela (PSUV).

Earlier in July, the Venezuelan authorities announced that the government and the opposition had agreed to engage in a permanent peace dialogue.

The sides have been holding the talks in Barbados with economy, politics, culture and the social sphere being the main topics of discussions. Maduro has said that he was optimistic about their outcome, while Communications Minister Jorge Rodriguez has called them successful, Sputnik reported.

Last May, Maduro offered the opposition, which currently controls the parliament, to hold snap elections in order to legitimize the legislature, which is currently practically abandoned by other government branches since legislative functions are implemented by the pro-government National Constituent Assembly.

On Friday, Maduro suggested that the elections were "around the corner". The president added that he expected to receive a plan, detailing all actions for winning Venezuelans’ votes, on Monday to prepare PSUV for the coming elections.

The situation in Venezuela has been tense since January, when anti-government protests, fueled by opposition leader Juan Guaido’s move to proclaim himself the country’s interim president, erupted.

The United States recognized Guaido and started imposing sanctions on Venezuela and freezing billions of dollars of Venezuela’s assets.

Maduro has slammed Guaido, saying he acted at the orders of the United States, which sought to install him as the country’s president and get hold of Venezuela’s oil assets.  In May, the Venezuelan authorities thwarted a coup attempt involving the military.

Russia, which recognizes constitutionally-elected Maduro as the sole legitimate president of Venezuela, has said the United States is strangling the country with sanctions in an attempt to drag it into chaos.