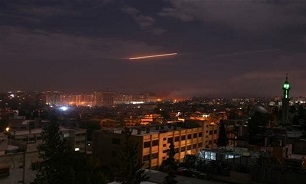 According to SANA, explosions heard in Masyaf were a result of shells launched by anti-government militants in the western countryside of Hama.

The city of Masyaf is known to be one of the places where the Russian air defense system S-300 is deployed.

The explosions came a few hours after a cargo train carrying phosphate through central Syria was targeted and derailed by a "terrorist" attack, the Syrian transport ministry announced.

The train's crew suffered "various injuries" when it came off the tracks in Homs province, spilling the loads from two cars and starting a fire, it said.