TEHRAN (defapress) – Iran’s Foreign Ministry strongly condemned an aerial attack by the Saudi-led military coalition on a residential area in Yemen’s Sa’ada that has killed at least 14 civilians at a local market.
News ID: 78218 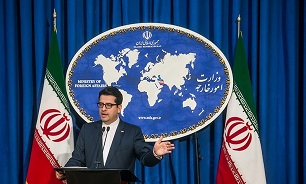 In a statement on Tuesday, Foreign Ministry Spokesman Abbas Mousavi denounced the “brutal and inhumane” atrocities committed by the Saudi-led coalition in the military campaign against Yemen, and expressed sympathy with the families of victims of Monday’s bombing.

“The military forces invading Yemen have brought about nothing but destruction of Yemen in more than four years since the outset of the devastating war,” he added.

Mousavi said the Saudi-led coalition is trying to make up for its political and field defeats by slaughtering Yemeni women and children.

The spokesman also deplored the international community’s muted response to the war crimes against Yemen, adding, “The US and some European countries are accomplices in such crimes by selling arms to the aggressors, and must be held accountable for their measures.”

At least 14 civilians, including two children, were killed after Saudi-led warplanes attacked the Al Sabet market in Qataber district of Sa’ada on Monday afternoon.

Yemen’s health ministry said at least 10 of the injured were in critical condition, warning that the death toll was likely to rise.