Trump pushed US, Iran 'close to a war

Iran Left with No Option, but to Increase Power

Iran’s Zarif Disdains US Sanction, Says Has No Property Abroad

TEHRAN (defapress) – Iranian Foreign Minister Mohammad Javad Zarif dismissed the US move to place sanctions on him, saying that being designated by the US would not affect him since he has ho properties outside Iran.
News ID: 78246 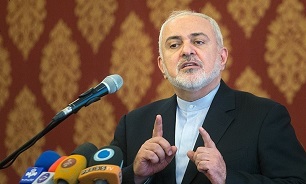 On Wednesday, the US Department of State said Washington has designated the Iranian foreign minister for acting on behalf of Leader of the Islamic Revolution Ayatollah Seyed Ali Khamenei. The US president had issued an executive order on June 24, imposing sanctions on the Leader and his office and authorizing sanctions on others associated with Ayatollah Khamenei.

In a post on his Twitter account minutes after announcement of the new US sanction, Zarif said, “The US' reason for designating me is that I am Iran's ‘primary spokesperson around the world’. Is the truth really that painful?”

The top Iranian diplomat also questioned the efficiency of the US sanction on him, adding, “It has no effect on me or my family, as I have no property or interests outside of Iran. Thank you for considering me such a huge threat to your agenda.”

In another post a few hours later, Zarif said, “We know that calling for dialog & peace is an existential threat to B-Team. And since reason for designating me is my words, would ‘US persons’ need OFAC license to ‘engage’ with me by reading my writings or listening to interviews?”

The Trump administration said it would make decisions on whether to grant Zarif travel visas, including for trips to the United Nations, on a case by case basis, holding open the possibility that he might attend the annual UN General Assembly in September.

Reuters quoted a senior US official as saying that US President Donald Trump was open to talks with Iran, but Washington would want to deal with a key decision maker, which it did not consider Zarif to be.