TEHRAN (defapress) – Iran’s Foreign Minister Mohammad Javad Zarif said US President Donald Trump is “not interested in talks”, noting that he is only trying to tie bread and medicine to politics and starve the Iranian nation into submission.
News ID: 78291 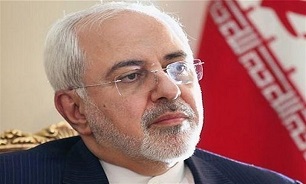 “I noted the repeated statements by @SecPompeo that Iran must change its policies in order for Iranians to eat is pure Economic Terrorism. Tying bread & medicine to politics is to kill & starve people into submission. Iranians will never capitulate,” Zarif said in a thread of tweets on Tuesday before his annual luncheon with domestic and international media representatives on the occasion of Journalist Day.

“I also said that while @realdonaldtrump may want photo op, the US isn't interested in talks; rather, Iran's submission. That will never happen. An example of US tactics: Threatening to designate somebody in two weeks unless he accepts your invitation to chat in the Oval Office,” he wrote.

“Reiterated that collapse of US credibility is evident in its failure to get even own clients to join its schemes. Regional nations will remain neighbors long after US is gone. Time for regional leaders to focus on regional solutions: dialog & non-aggression pact is a good start,” the top diplomat further said in a follow-up post.

In May 2018, Trump pulled his country out of the 2015 nuclear deal between Tehran and world powers, also known as JCPOA. Since then Washington has repeatedly called for talks between the two countries and also a new accord.

On May 29, Leader of the Islamic Revolution Ayatollah Seyed Ali Khamenei ruled out the possibility of talks between Tehran and Washington, saying such negotiations will be “fruitless,” “harmful,” and “a total loss.”