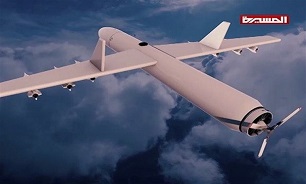 The spokesman added that the drones targeted the fueling station and the control tower at the airport.

On August 5, the Yemeni Air Force carried out extensive operations on two Saudi Airport of Abha and King Khalid Air Base as well as Najran Airport with Qasef-2k attack drones.

The number of drone operations during the month of July reached 23, including 18 missions with Qasef-2k that specifically targeted Saudi airports and military bases.

Saudi Arabia and a number of its regional allies launched a devastating campaign against Yemen in March 2015, with the goal of bringing the government of Hadi back to power and crushing Ansarullah movement.

The US-based Armed Conflict Location and Event Data Project (ACLED), a nonprofit conflict-research organization, estimates that the Saudi-led war has claimed the lives of over 60,000 Yemenis since January 2016.