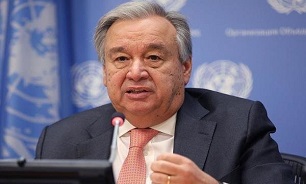 In a statement, Guterres called on the parties in the conflict “to engage in an inclusive dialogue to resolve their differences and address the legitimate concerns of all Yemenis.”

Fighting between Yemeni government forces in the southern port city of Aden has continued for a third consecutive day, with reports of at least 20 people killed.

The violence threatens to open a new front in the country's devastating war, exposing a rift in a Saudi-led military alliance that has been battling the Houthi movement since 2015.

At least five civilians were among the dead and dozens were wounded in Friday's violence, according to doctors and security officials who spoke to news agencies and other reporters on the condition of anonymity.