A Letter to Donald Trump from An Iranian War Veteran

TEHRAN (defapress)- President Donald Trump, in a recent tweet, claimed that “Iranians never won a war, but never lost a negotiation”. As a world citizen, and a veteran of the Iran-Iraq war with firsthand experience of the bitterness of war, I have a couple of suggestions and responses for the president of the United States, Iranian war veteran Habib Ahmadzadeh said in a letter to Donald Trump.
News ID: 78380 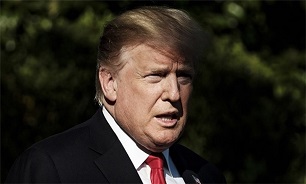 First, I recommend that he never use the words “win” and “winning” to describe any war.

US history is filled with bitter experiences of war and losing. There is no need to remind the president of the United States the result of US wars in Vietnam, Iraq, Afghanistan, Syria, and even its engagement in Yemen. None of these horrifying experiences — nor any other war for that matter — has ever achieved its goals.

As a veteran and a peace activist, I would like to suggest to the president of the United States that the first step in any combat is understanding the adversary.

As an Iranian war veteran, I strongly suggest he study the culture and history of an old civilization like Iran’s. Iranians, those he labels as a “terrorist nation”, are proud and pleased at having not initiated a war in the past 250 years. We proudly have never invaded, intruded, and oppressed any other nations, either in our neighborhood or even in response to our revilers and foes.

Nonetheless, there is a delicacy in the sophisticated culture of Iran that separates the ancient nation of Iran from President Trump and his hawkish “B-Team”. That is the view we each have toward war. War, for us, is not an option. We never choose to go to war, we only respond to war.

In 1915, during World War I, Rais Ali Delvary, a young man from a tiny village near the Persian Gulf, defended Iran — along with his small group of men — from British invaders. They stopped the intruders, who ignored Iran’s neutrality during the war. Rais Ali’s slogan at the time has remained with the nation to this very day: “We are in this war not to win over invaders’ capital and assets; we are in this war to save our capital and assets from loss”. Rais Ali and his people won that war, as his successors did again almost a century later and will do yet again if they must.

Mr. President, Iran has never initiated any war. Iran has never seized others’ resources, belongings, means, lives, and existence to gain wealth and benefit for itself. Iran has and will only defend its belongings, resources, life, and identity. Iran has done that vigorously throughout its four thousand years of history and will do it again if forced. Rais Ali and his team did it in 1915. People in my generation did it in 1980-88. When the whole world stood behind Saddam Hussein throughout that eight year war, Iranians stood firmly and defended their home.

While the world watched, Saddam dropped bombs and used chemical weapons against Iranian innocents. In the end, he proved unable to seize and hold a single inch of Iranian territory. Iranians became one body and stood and defended their home and their families.

The nation still mourns the far too many precious lives that were lost during that war. But, to this day and despite their differences, Iranians are proud of the eight years spent defending their homeland.

Mr. President, this is how Iranians define winning and losing a war. In our lexicon, the one who starts a war is the only loser. The one who plans to steal the happiness, the lives, and the well-being of others is the one who suffers true loss.

Iran has proved its mastery in the art of diplomacy.

Diplomacy, forbearance, and contentment are inclinations that cannot be achieved with billions of dollars in weapons. Your allies in the region, Mohammad bin Salman and Benjamin Netanyahu, can both attest to that. Despite the tens of billions of dollars they have devoted to their military budgets, they feel insecure and besieged by real or imagined threats. Their devotion to military power, often at the expense of diplomacy, carries serious risks. Like relying on checkers moves in a chess match.

Just be aware, Mr. President, that your friends, the B-Team, as we call them, are pushing you into the same dilemma which they have faced over the past several decades. Now they have persuaded you to censure and sanction Iran’s master-diplomat and his colleagues in order to undermine their effectiveness. But even so hobbled, Iran can still move its knights and bishops and other pieces around the global chessboard. Your friends must still learn that the game of diplomacy is far more like chess than checkers.

Habib Ahmadzadeh served in the Iranian military during the Iran-Iraq war, where he was wounded four times, including twice by chemical bombs dropped by Iraqi planes. He is the author of multiple books, including a book of short stories, A City Under Siege, and the novel, Chess with the Doomsday Machine. He is also a documentary filmmaker and a screenwriter. Dr. Ahmadzadeh is on the board of the Tehran Peace Museum and academic board of the University of Arts.