TEHRAN (defapress) – Iranian Foreign Minister Mohammad Javad Zarif hailed victories of Lebanon and the Islamic Resistance Front in the face of the Israeli regime and said they have proven that the Tel Aviv regime is not invincible.
News ID: 78386 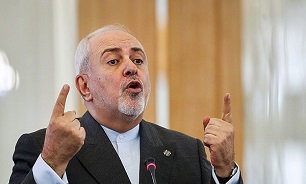 Speaking to the Arabic-language al-Ahed news website, Zarif offered his congratulations to the Lebanese people and government as well as the Hezbollah resistance movement over the 13th anniversary of the Arab country’s victory in the 33-day war against Israel in 2006.

“The Lebanese nation and the Islamic Resistance proved to the world that the Zionist regime can be defeated,” he said.

“The Resistance (Front’s) victory over Israel is a victory for the whole region and for international law and healthy international relations,” Zarif added.

The nations of the region and the world are “indebted” to the Lebanese people and the Islamic Resistance and Hezbollah because they stood against the Zionist regime's bullying and combatted the Daesh (ISIS or ISIL) terrorist group, the top diplomat stated.

On both occasions, however, Hezbollah fighters defeated the Israeli forces and Tel Aviv was forced to retreat without achieving any of its objectives.

The conflict in 2006, also known as the July War, took place in Lebanon, northern parts of Occupied Palestine and the Golan Heights.

It started in July 2006, and continued until a United Nations-brokered ceasefire went into effect in the morning on August 14 that year, though it formally ended on September 8 when Israel lifted its naval blockade of Lebanon.