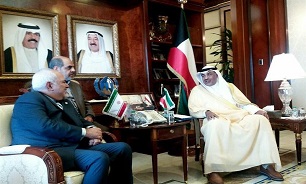 Kuwait is a member of the Persian Gulf Cooperation Council that has cordial relations with the Islamic Republic of Iran.

Tehran and Kuwait City have developed close political relations in recent years, and have held several sessions of a Joint Political Committee