South Korea Says Will Share Military Intel with Japan through US

TEHRAN (defapress) – South Korea said Friday it will share military intelligence with Japan through the United States after terminating a pact that enabled the two key Washington allies to exchange such information directly.
News ID: 78445 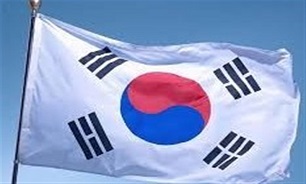 Seoul's decision on Thursday to end the General Security of Military Information Agreement (GSOMIA) was the latest in a series of tit-for-tat measures that have brought relations between South Korea and Japan to their lowest point in years.

The intensifying trade and diplomatic dispute was sparked by a run of South Korean court rulings against Japanese firms, requiring them to pay for forced labor during World War II -- a long-standing point of contention.

Under the GSOMIA, originally signed in 2016, the two had directly shared military secrets, particularly over North Korea's nuclear and missile capacity.

But now South Korea will "actively utilize the trilateral information-sharing channel with the United States as the intermediary" in place of the accord, said Kim Hyun-chong, a national security official at the presidential Blue House.

"Furthermore, the ROK government will actively enhance our defense capabilities through the increase in (the) defense budget and the acquisition of strategic assets including military satellites" to better monitor North Korea, he added, using the initials of South Korea's official name, AFP reported.

It came after US Secretary of State Mike Pompeo said on Thursday that Washington was "disappointed" about South Korea's move to end the pact.

Both Japan and South Korea are market economies and major US allies faced with an overbearing China and nuclear-armed North Korea.

But their relationship continues to be heavily affected by Japan's 35-year colonial rule of the Koran peninsula in the early 20th century.