Cuba Asks Canada's Help to End US Measures on Venezuela

TEHRAN (defapress) - Cuba's foreign minister urged his Canadian counterpart to help in efforts to persuade the US to lift sanctions on Venezuela.
News ID: 78544 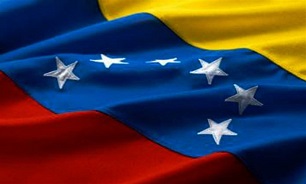 "I expressed that tightening of #US coercive measures vs #Venezuela damages its people and are contrary to International Law and the dialogue process," Bruno Rodriguez Parrilla said Wednesday after his meeting with Chrystia Freeland.

He rejected the use or threat of force in Latin America and the Caribbean, pressing for sovereign equality and non-interference.

According to a statement on the same day by the Cuban Foreign Ministry, Rodriguez thus proposed Canada to "contribute" to the elimination of sanctions.

Washington has been focusing on economic and diplomatic pressure against Venezuela, imposing sanctions on Maduro and top officials as well as several governmental departments as it seeks the president's resignation.

After imposing sweeping sanctions on Venezuela's state-owned oil firm PDVSA in January, Trump issued an executive order earlier this month freezing all assets in the US belonging to the Venezuelan government in a major escalation of tensions with Caracas.