TEHRAN (defapress)- The terrorists of Tahrir al-Sham al-Hay'at (the Levant Liberation Board or the Al-Nusra Front) have accused their ringleader Abu Mohammed al-Jolani of ordering the recent assassinations of the terrorist group’s senior commanders.
News ID: 78619 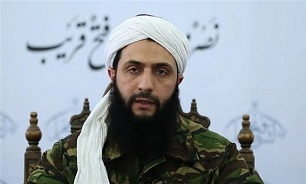 The wave of accusations came after it was exposed that al-Jolani had set up a special team to stop internal plots and international agreements against him.

The Center for Syria Documents reported that Al-Jolani has covertly formed a special security team comprising devoted security elements whose main mission is to thwart any plot or international agreements in Idlib against al-Jolani.

It noted that Jolani’s team was comprised of 2,500 devoted militants who cooperate with clandestine networks in Idlib secretly and without knowledge of Tahrir al-Sham and other affiliated terrorist groups.

Jolani’s security team has been accused of assassinating several commanders of Tahrir al-Sham, including Abu Omar Saraqi who was named as the most important choice to succeed al-Jolani and was assassinated in 2016.

In a relevant development on Wednesday, people in Idlib staged protest rallies against al-Jolani, calling for the withdrawal of terrorists from the occupied territories.

The Arabic-language al-Watan newspaper quoted local sources in Northern Syria as saying on Wednesday that residents of Ma'aret al-Numan, Saraqib, Kafar Takharim and Ariha in Idlib and the town of al-Artab in Western Aleppo demanded the militants to leave the region.

They underlined public fury over the continued presence of terrorists in Idlib after four days of truce in the province, saying that a number of terrorists have fled towards the Turkish borders after the popular protests.

Meantime, reports said that terrorists fired bullet at the protestors in the town of al-Artab in Western Aleppo, wounding a number of people.

In a relevant development on Monday, the Arabic-language media outlets reported that al-Jolani had collaborated with Washington in the recent air raids on affiliated terrorist groups in Idlib with the aim of defeating Turkey's efforts to dissolve Tahrir al-Sham in Northern Syria.

The al-Watan newspaper quoted sources affiliated to Tahrir al-Sham as saying that the recent US airstrikes against the terrorists' command centers between the towns of Kafraya and Ma'arat Misrin in Northern Idlib were carried out through the intel provided by al-Jolani to the US.

They added that he has given the Americans a list of the bases and weapons and equipment caches of Tahrir al-Sham and other affiliated groups, including Ansar al-Touhid and Horras al-Din which had under Turkey's pressure declared their defection from Tahrir al-Sham.

The sources said that Washington's military intervention in Idlib after the ceasefire was declared and after the Russian-Turkish meeting in Moscow is aimed at making ineffective Ankara's efforts under the Sochi agreement.