US 'Lashes Out' at Cuba after Failure in Venezuela: Cuban President

TEHRAN (defapress) – Cuban President Miguel Diaz-Canel said Saturday that Washington is lashing out at Cuba with new sanctions as the United States has failed in its attacks against Venezuela.
News ID: 78643 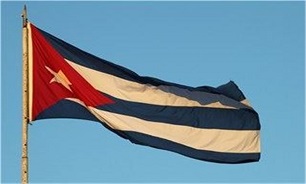 There are "new US sanctions against Cuba. (They are using) lies as excuses to tighten up the embargo (against Cuba). Because they failed in Venezuela, they are viciously lashing out at Cuba. We will resist and we shall overcome," Diaz-Canel tweeted.

Washington on Friday initiated new sanctions which cap the amount of money Cuban Americans can send to family members on the island and restrict financial transactions done through third countries.

In a statement, US Treasury Secretary Steven Mnuchin said his country believes the sanctions will help "financially isolate" Cuba as a punishment for its support to the Venezuelan government, Xinhua news agency reported.

"What affects the Cuban people most is the unfair, criminal and sustained embargo, a failed policy which has been rejected by the international community. The (US) empire resorts to lies as excuses," Diaz-Canel said in another tweet.

The administration of US President Donald Trump has toughened its policy toward Havana by cutting its diplomatic staff in Cuba and by activating the Title III of the Helms-Burton Act, which allows lawsuits to be filed in US courts against companies operating on properties the Cuban government nationalized or expropriated after the 1959 Cuban Revolution.