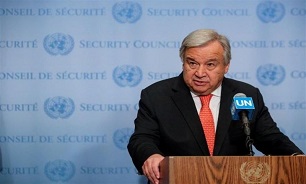 “Such steps, if implemented, would constitute a serious violation of international law,” he said in a statement, according to Reuters. “They would be devastating to the potential of reviving negotiations and regional peace, while severely undermining the viability of the two-State solution.”

Netanyahu said on Tuesday that he would nnex up to one-third of the West Bank if he is re-elected at next week’s parliamentary polls. His announcement was condemned by the Palestinians, Arab countries, the UN, and the EU.

The Russian foreign ministry also said on Wednesday that Netanyahu’s move could “lead to a sharp escalation of tension in the region and undermine hopes for the establishment of a long-awaited peace between Israel and its Arab neighbors.”