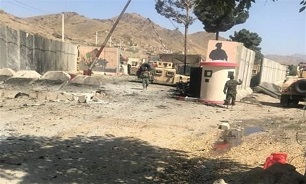 The Afghan Ministry of Defense said in a statement that a suicide bomber detonated an explosives-laden vehicle close to a Special Forces base in the south of Kabul on Thursday, Tolo News reported.

“Four security forces were killed and three others were wounded in the attack,” the statement added.

The Ministry also rejected previous reports of clashes near the area.

Taliban has claimed responsibility for the attack.